I can only say that after a very long time, I may have only half the answer figured.

What does nude mean to me?

It was a quiet July morning and I was sitting on the wooden floors of my studio staring at the backdrops. I just felt like, I just knew that I had to create something meaningful. I felt a growing fire ball of passion inside of me and the only way to release it was to find the right way to turn it into art.

How could I explain what I wanted to explain?

The problem was I had no idea what it was that I wanted to explain.

See, the fact was that I knew things, and I felt things that were blurred by a mist, which to me felt like deep confusion.

All I knew was that I needed to create.

But that moment was probably one of those other failed moments where my attempts to understand my own thoughts were futile.

Or at least that is how I felt, when the clock showed me that I had been sitting there for almost 2 hours.

I have been photographing women for a long time. Over the years I have developed an increasing curiosity.

I sought to capture the essence with my lens and serve it to the world, so that they can understand and see.

In the course of my work I photographed not only the women that came to me, but also their thoughts, their life stories and ambitions.

I felt like each of these women should have a different pose that is best suited to her, where they not only feel the most comfortable, but which represents their whole being in the best way possible.

After watching the images , I could easily find the right one on the screen of my computer.

I have realized that despite many changes that have occurred in women's status over the years, many still see themselves through an outdated rigidly structured prism, as if it is something they cannot avoid.

They find it hard to detach themselves from specific stereotypes that have been etched into their consciousness.

It is mesmerizing to see how many things one could know of a person through a nude image, which has absolutely nothing to do with body or sexuality, but rather state of mind, perception of the world, and many other things.

What is nude to me ?

My name is Nofar Horovitz , and I am an artist photographer. I have developed a long term broad nude art project, which was exhibited in Europe and Israel. Nude to me is the most powerful way to convey a status, a feeling, a situation.

It can be empowering and meaningful both to the viewer and the model.

In time I began to receive requests from women, asking me to photograph them, asking to see themselves through my lens, to become art, and seeking to better connect to their body.

Some women were going through a self-acceptance phase, the others were asking to go through it. Some were celebrating their body, but they were all looking for that phototherapy studio time, that one on one time we share, with the intimate studio lighting and our conversation about life, about art, about nude, about women.

Nude to me, is not just naked.

It surely is not exposed.

Nude to me is honesty, acceptance and truth.

Altogether shows exactly who you are. 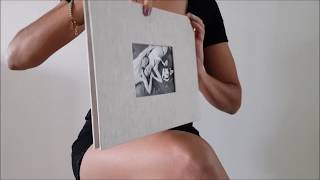 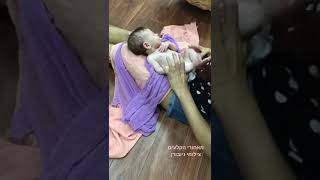